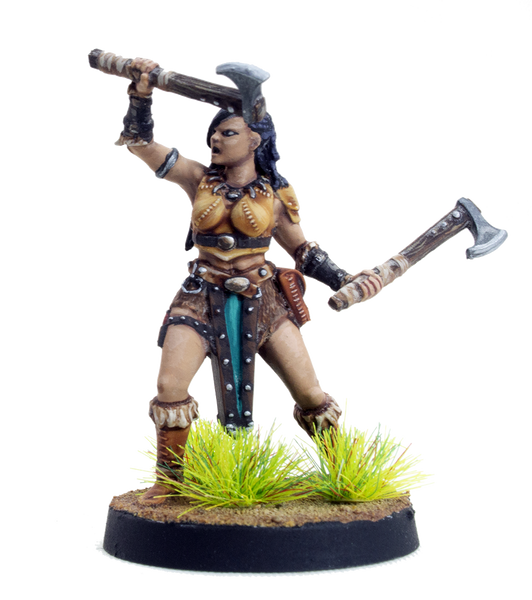 Warriors wishing to become a Daughter of the Bear must pass a special test of strength and cunning.  Those who pass the test are gifted a female bear cub.  The two are bonded metaphysically and become an extremely effective fighting team.  In battle, the two fight together, protecting each other and overwhelming their enemies with axes and claws.  Daughters of the Bear carry two axes, mimicking the mighty paws of their totem animal.  The pair are particularly adept at overwhelming a shield wall, as the Daughters hook the shields with one axe, rendering them ineffective against subsequent blows.  The Baeorl then crashes through the weak point her companion has created.