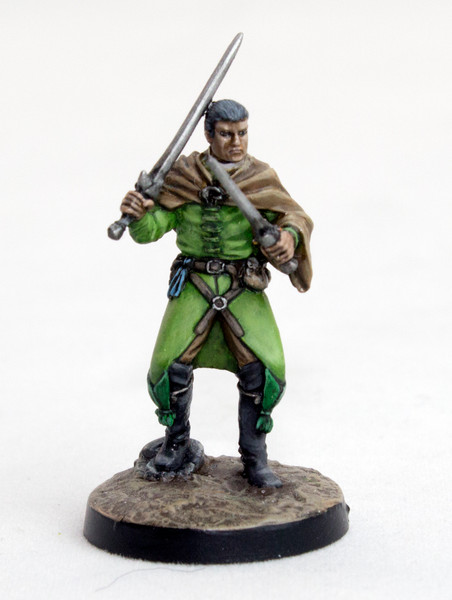 Okuvan the Duelist, now known as The Black Thorn, set aside his gentlemanly honor and took up a new name when his lady, Erolis,The Black Rose of the Arlian, placed him in charge of her operations in Haradel. Forming his own band of thieves the former Thormenalan swordsman works to diligently improve “The Black” network in his portion of Faelon. He has earned Erolis’ trust many times over, some even daring to whisper that his band might be the more dangerous. This is a 32mm white metal model in 3 pieces (body, sword, knife) with a 25mm round plastic base. Supplied unpainted, assembly required. Sculpted by Gael Goumon.