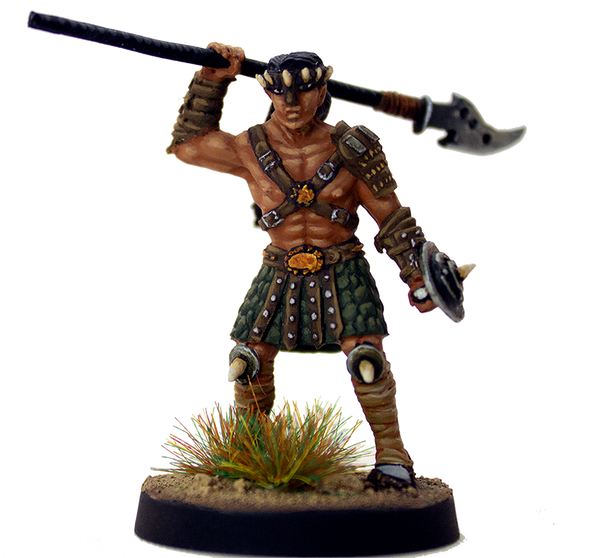 The Traazorite Pit Fighter owns the arena.  He was born in it, raised in it and although long since able to leave it a free man, he stays because he loves it.  The Pit Fighter relies on uncanny reflexes and physical toughness to wear down his opponent for the killing strike.  He disdains armored fighters and specializes in finding their weaknesses.  By the time a Pit Fighter joins your freeband, he will likely have seen more combat than the rest of your companions combined.  And he is certainly ready for more.

Model Assembly Notes: The Traazorite Pit Fighter can be assembled with one of two head options as either a bald male or male with hair.