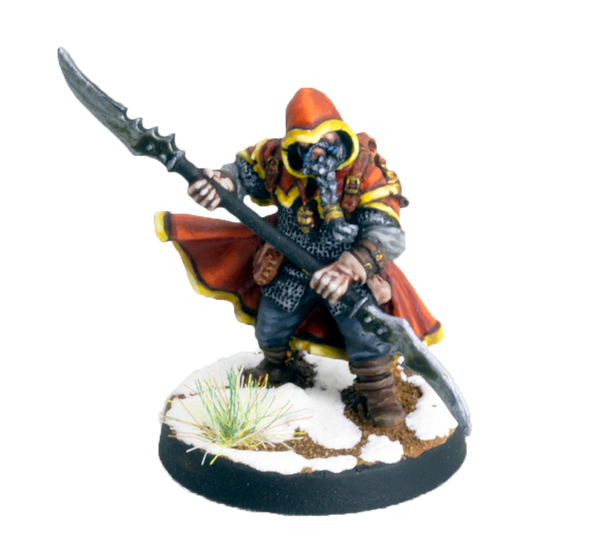 Demons plague every corner of Faelon and the ruined cities of Kuzaarl’s lost civilization provide excellent locations for their witchgates. The Visk Khjarl calls upon the cadre of Lightbringers to seek out these infestations, kill or chase off the intruders and close the gates. Lightbringers are some of the most knowledgeable and effective demon hunters in the land and their expertise is highly sought after.

A second head option, without the hood, is intended to allow players to use this model as a dismounted Stoneclaw Savage as well as an alternate Lightbringer pose.

The Lightbringer is a faction model for a Kuzaarik freeband, and can be taken as an Ally[Independent] with a Falkaaran or Haradelan freeband.

32mm white metal and resin model in 4 pcs (body, two head options, weapon) with a 25mm round plastic base.