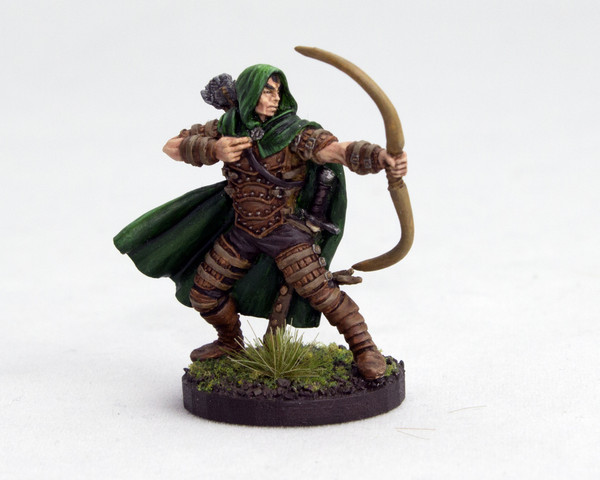 The Foresters of Falkaar are some of the most experienced and versatile warriors in the King’s service. They are recruited from among the best and brightest and undergo a rigorous apprenticeship. They are charged with hunting demons that make their way into the realm through the ancient cracks in Between found in the great forests of Arlian and Florion. Capable hunters as well as fighters, the Foresters are trained to make exceptional use of the Witchsight granted them through their bond with a witchcat they raise from birth. They are often found working as part of a freeband that operates in those areas or is known to take on demon-hunting warrants. This is a 32mm white metal model in 2 pieces (body, bow) with a 25mm round plastic base. Supplied unpainted, assembly required. Sculpted by Chris Jackson.