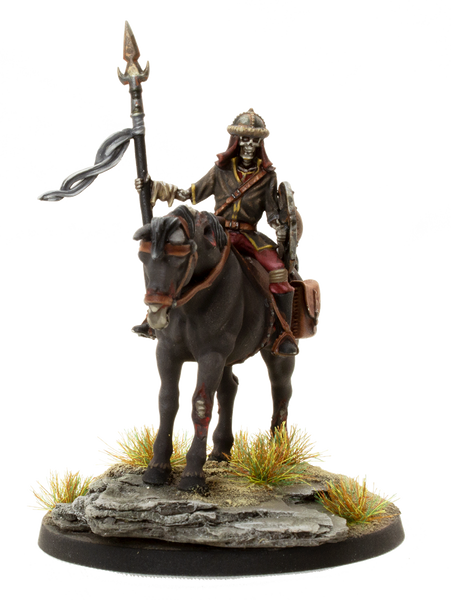 Kandoran Impalers trace their lineage to their Grular predecessors, serving as the Khan’s Heavy Cavalry Corps.  Many of these fine warriors get a second chance to serve their Khan when raised from their battlefield resting places by the Jackal Priests.  While they hit as hard as their living counterparts, the Bonethrall Impaler does not hit and run.  Instead it stays in the enemy ranks, stabbing with its impaler and refusing to die…again.