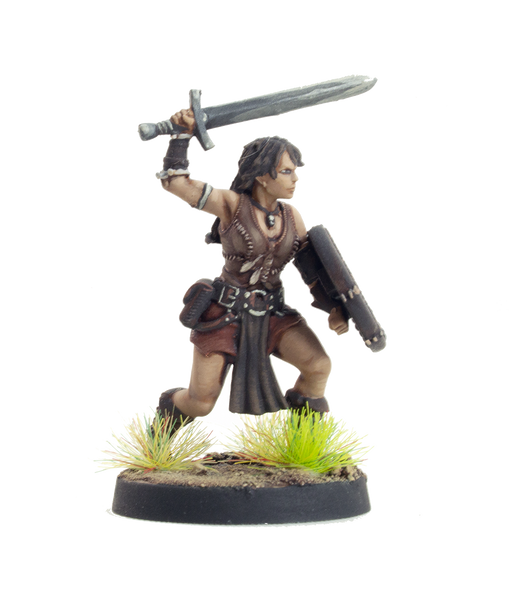 There are many paths to becoming a great warrior among the Urdaggar.  Battle Maidens are young warriors proven in combat who have already shown a lot of promise in fighting savagery and heedless valor. They carry a shield and sword into battle where they fight alongside their Karls and other heroes, eager to win honor and distinction among their clan.